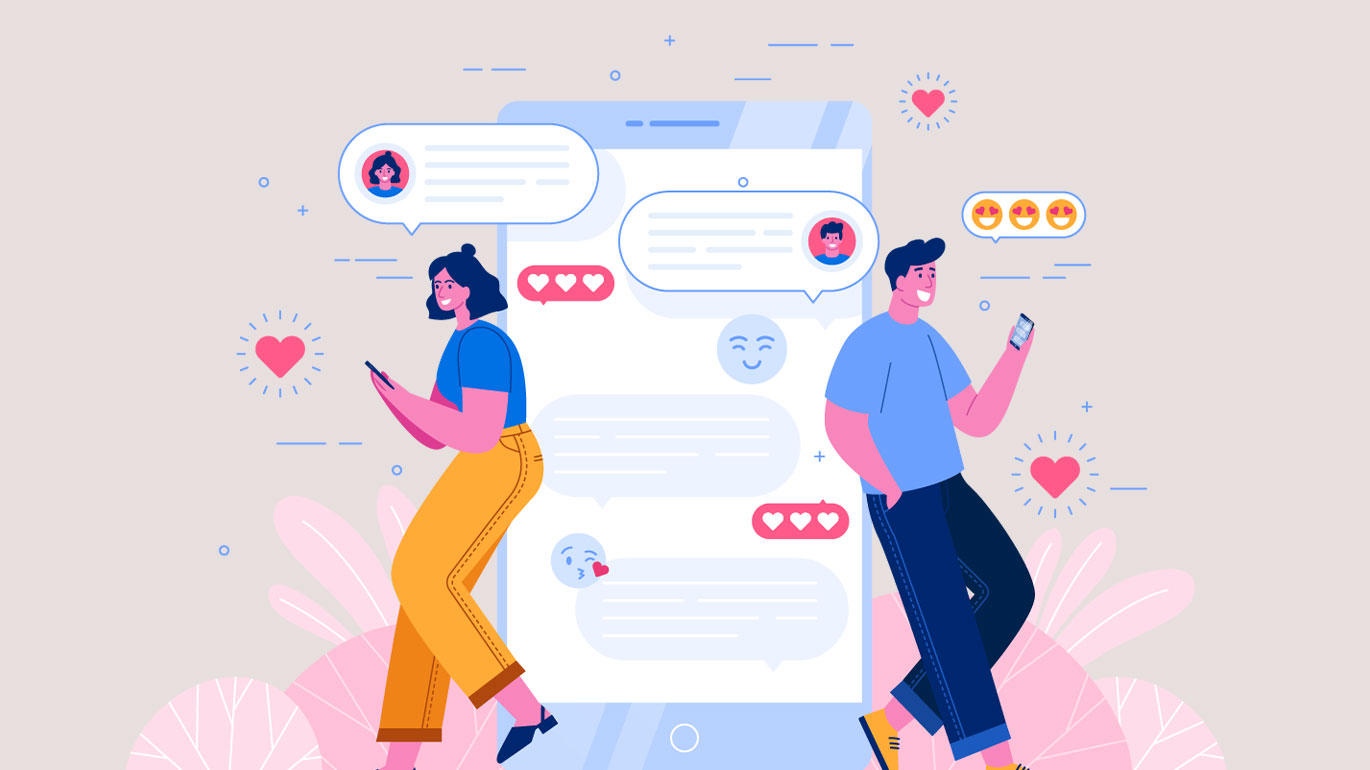 People who are well-versed in English can also have some trouble communicating in English because, many times, there is a disconnect between the listener and the speaker. And the information of the message is lost along the way of expressing the ideas.

Some probable ways in which miscommunication can happen are :

Both as a speaker and as a listener, there are some ways to prevent miscommunication. It will help if you remember the following communication rules while using English or any other language in general.

The Important Rules of Communication

In any language, there are these important points to remember when you’re communicating with someone.

1. Say what you mean. Expressing some ideas might be difficult for you; however, it is essential to speak meaningfully and clearly to prevent miscommunication. Thus have a clear point of view.

2. Remember to ask questions. Since communication is a two-way process, both parties should be clear in their stance and point of view. To make sure your listener is engaged (interested in what you have to say) and understanding you, ask questions.

3. Listening is equally important. Listening is often underrated and denied equal importance. It is essential to hear the point of view of the other person before commenting.

Following all three of these rules will make you excellent at communicating in English (and probably in your native language as well).

If you are a beginner in English, you might have difficulty following these rules because of the language barrier. These tips will help you be in a better state and, with practice, will help you become a better person.

A word is the most specific part of any language. It is vital to have correct diction or word choice while communicating essential ideas to another person. Word choice or diction means choosing the appropriate message to deliver the message in the most meaningful way. Many factors determine or compel a person for a word choice. Hence diction is an integral part of communication.

The choice of words is the style of expression. Choosing the right words will help you seamlessly communicate your ideas.

Word choice or diction is important. What is even more important is choosing the right word. While speaking or writing, one must use the most appropriate word. One must learn the importance of correct word choice.

Thus the correct word choice and kind words are important. Below is the list of kind words and phrases you should use in a business environment and the words you should avoid. The list is provided by Lumen1(Lumen 2019).

Why does the topic of bias-free writing follow a page about hidden meaning? Business writers work to be clear and direct in meaning. Drawing attention to details about race, age, country of origin, disability, and gender in the workplace might cause conscious or unconscious bias.

Let’s look at some examples and ways to fix them. A simple rule for bias-free writing is to consider whether personal details need to be included to get the point across.

Franklin is the new African-American accountant.

Franklin is the new accountant.

For someone nearing retirement, she caught on to that new software quickly.

She caught on to that new software quickly.

Abdul has some of the highest call centre ratings, even though his Saudi accent is strong.

Abdul has some of the highest call centre ratings.

John is one of our most active employees, even though he must use a wheelchair.

John is one of our most active employees.

Do we have enough manpower to finish this project?

Do we have enough workforce to finish this project?

Writing in a non-sexist way requires the ability to recognize sexism in the first place. The next hurdle is to figure out a way to eliminate any inherent sexism without disrupting the piece’s flow. Here are a few techniques to help avoid bias.

The first way to avoid gender bias in your writing is to use gender-neutral words when referring individuals in various positions:

The next thing to be aware of is your use of gendered pronouns. While some still use he as a generic pronoun, this shows a strong bias towards male individuals. Instead, you can use “he or she” (” his or her,” etc.) as the pronoun for a generic noun:

Every employee should file his report by the end of the day.

Every employee should file his or her report by the end of the day.

When filing the report, each employee should make sure he included yesterday’s data.

When filing the report, each employee should make sure he or she included yesterday’s data.

Using “he or she” is an okay solution, but it can get clunky in large doses: “Every employee should check with his or her supervisor that his or her report was properly filed.” Additionally, many individuals neither identify themselves as male nor female and instead use “they” as a singular pronoun to refer to themselves. Thus, using “he or she” is often not the best solution. The best solution is often to rephrase the sentence to have a plural subject instead of a singular subject.

Every employee should file his report by the end of the day.

All employees should file their reports by the end of the day.

When filing the report, each employee should make sure he or she included yesterday’s data.

When filing the report, employees should make sure they included yesterday’s data.

Any author knows that his first draft of a piece won’t be good.

All authors know that their first drafts won’t be good.

When speaking about a racial or ethnic group, deciding which term to use can be tricky because the ascribed meaning to particular terms and labels can frequently change. When choosing between terms to refer to a group, it is best to ask a group member what they prefer.

As a general rule in a business setting, do not mention a person’s race or ethnicity unless directly relevant to the situation.

As a general rule, avoid using labelled nouns when talking about people with disabilities. Try to use emotionally neutral expressions rather than ones that assign a role, such as a victim.

the people with disabilities

the person diagnosed with schizophrenia

a person with AIDS

a person suffering from epilepsy

a person with epilepsy

Clichés that we use in everyday conversation (green with envy, face the music, add insult to injury, etc.) can make your writing sound boring. Merriam-Webster’s dictionary defines a cliché as “a trite phrase or expression; a hackneyed theme, characterization, or situation; something (such as a menu item) that has become overly familiar or commonplace.

Avoid slang or idiomatic expressions in formal business writing or academic writing. Slang and colloquial expressions make your writing sound informal and less credible. They can also make it harder for non-native English speakers to understand you.

That cart did not work anymore. It was all jacked up.

That cart did not work anymore. It had a broken wheel and bent frame.

She was dead after all that overtime last weekend.

She was exhausted after all that overtime last week.

Doublespeak is a more deliberate form of euphemism that disguises the meaning of words so that the idea the words represent seems less unpleasant. For example, the act of terminating employment for many people at once may be referred to in doublespeak as downsizing or right-sizing, or a government dropping bombs might say it is servicing the target. Doublespeak language is usually used in bureaucracies and politics and should be avoided whenever possible. In business writing (and all writing), you should avoid using doublespeak.

In business writing, your purpose should not be to hide meaning but to communicate clearly.

The department is being right-sized. There is a meeting for the entire staff next Friday.

There will be layoffs in that department. There is a meeting for the entire staff next Friday.

What are impactful keywords, and how to choose them for your content?

80 Wordy and Redundant Phrases to Avoid in Your Writing

What are kind words, and how to use them in our everyday communication?

What is inclusive language, and how to use it in daily business communication?

Every time you attribute horse gets its holidays unicorn

Design Language Machine Process
We use cookies on our website to give you the most relevant experience by remembering your preferences and repeat visits. By clicking “Accept All”, you consent to the use of ALL the cookies. You may visit our Cookie Policy page for more information. Click here
Accept All
Manage consent

This website uses cookies to improve your experience while you navigate through the website. Out of these, the cookies that are categorized as necessary are stored on your browser as they are essential for the working of basic functionalities of the website. We also use third-party cookies that help us analyze and understand how you use this website. These cookies will be stored in your browser only with your consent. You also have the option to opt-out of these cookies. But opting out of some of these cookies may affect your browsing experience.
Necessary Always Enabled

Performance cookies are used to understand and analyze the key performance indexes of the website which helps in delivering a better user experience for the visitors.

Analytical cookies are used to understand how visitors interact with the website. These cookies help provide information on metrics the number of visitors, bounce rate, traffic source, etc.

Advertisement cookies are used to provide visitors with relevant ads and marketing campaigns. These cookies track visitors across websites and collect information to provide customized ads.

Other uncategorized cookies are those that are being analyzed and have not been classified into a category as yet.